UglyDolls, a computer-animated comedy, was released in the spring of 2019, which means there will be many costumes for the movie this year. It was a movie based on the wildly popular plush toys of the same name.

The movie is all about the world of dolls and how they end up with humans. In UglyDolls only the perfect dolls are the ones that can go to children. The other dolls, the ones who are deformed, are dropped down into Uglyville.

The protagonist of the movie, Moxy, is determined that there’s a kid in the world for every doll and she leaves Uglyville with a group of friends in the hopes that she can find the kid for her.

Moxy is played by the voice by Kelly Clarkson who also performs several musical numbers on the movie’s soundtrack. If you would like to go as the film’s heroine for this Halloween, you do have a few different options to choose from.

The first one is a bright pink zip-up hoodie. The hoodie features Moxy’s face on it. The bottom of the hoodie is elastic for a snug fit. The hoodie is also the perfect way to stay warm on a chilly Halloween night.

To complete the look, you can purchase matching pants and heart accessories. Another Moxy costume is a pink dress that comes with an attached tutu. The dress has Moxy’s face printed on the chest.

This costume also comes with a pink headpiece. If you have a little one you want to make sure stays warm while they’re out trick or treating, you can get a full-body costume for them to wear.

This one is an onesie that will cover your child entirely except for her face. The onesie has Moxy’s face printed on the torso, and it also comes with an attached hood. The hood is designed to look like Moxy’s head.

Another popular character from the movie is Ox. Ox is also voiced by a well known musical artist, Blake Shelton. Ox is the unofficial mayor of Uglyville. He was once good friends with the film’s antagonist Lou, but he’s now a mentor to all the dolls in Uglyville.

Ox helped to create Uglyville in the hopes of protecting all the dolls like him from the rejection he felt in the outside world that’s known as Perfect. Ox’s costume is a cozy one-piece jumpsuit.

The jumpsuit is green and features Ox’s face on the hood. The hood is also padded to provide extra warmth. You can complete the look by purchasing matching giant green padded gloves.

These usually have four fingers just like Ox does in the movie. You can also buy the Ox jumpsuit with Ox’s face on the chest instead of on the hood. With this one, though, the hood still comes attached.

For those who are fans of the original Terminator, the story is back, only with more non-stop action than ever before. This latest version has the stars who played in the original movie, which means there will be many people dressed up as them for Halloween.

The storyline for the sequel follows what happened in the original two Terminator movies. However, it doesn’t use the story from the movies that followed those two. In this movie, fans will get to see Linda Hamilton star once again as Sarah Connor.

Her character is just as rough and tough as before and she shows up to help the cyborg Grace make sure Dani stays alive. Arnold Schwarzenegger, the original Terminator will also reappear in the movie as T-800.

However, actor Gabriel Luna plays the Terminator in this sequel. You might know him from his portrayal as Ghost Rider. The action scenes have the same edge of the seat grip on viewers as the original one did.

The villains in the move are Terminators that can travel through time and are trying to kill Dani. The movie is set to release on November first of 2019. One costume based on the Terminator movies is a child’s jumpsuit for John Connor.

This jumpsuit has a shirt with a printed design on it. This design is made to look like the one in the movie, so it looks like a layered outfit complete with pockets and a belt. The vest is printed to look like it has two mid-chest fasteners on it.

There are plenty of versions of cyborgs in all the movies and several different Halloween costumes based on these versions. Many of them are facial masks, which are designed to look like metal under human skin.

One of these is a latex application that can be cut so that it perfectly fits the face. This one features a piece that appears to be a cyborg injury to the human part so that the metal shows through.

You can see a little bit of blood and gore around the exposed metal. The eye from the latex mask piece is bright red and will definitely give that cyborg creep factor. You can get another version of this latex mask piece that shows exposed teeth and gums along with some of the metal chin.

Of course, the most popular cyborg costume is the one designed in the likeness of T-800. You can get that mask which features the same facial damage as in the original movie.

Nearly half of one side of this mask shows the cyborg hyper alloy skeleton. The details on this mask make it appear as if there’s metal under human skin. Some of these details include bits of damage to the other side of the face with cuts to the skin.

You can add the same style black T-shirt, pants, boots, and jacket like the Terminator wore to make this costume even more realistic like the movie. Don’t forget the dark sunglasses!

If you want to check out the terminator: dark fate costumes with the best prices and super fast delivery click here

The stakes have never been higher than in the new X-Men movie. One of the members of the X-men team, Jean Grey, begins developing powers that will transform her into the Dark Phoenix.

This happens because of the cosmic force she was hit with while in space. The dilemma is that the others in the group must make the choice to decide to save her or to save humanity.

Jean Grey is one of the fan-favorite characters, and she’ll be an in-demand costume this Halloween, too. She keeps a tight restraint on her powers because of their strength. In the original comic, her mind was manipulated by a supervillain known as Mastermind.

When that happened, she started using her powers for evil. This Halloween, you can dress as this complex character. The Phoenix jumpsuit is stretchy so it fits perfectly. The torso part of the suit is a vibrant red, while the legs and arms are gold.

The jumpsuit comes with attached gloves and a belt, which are also gold. The chest of the jumpsuit has a golden phoenix, like Jean Greys in the movie. If you’re looking to dress as a villain for this Halloween, Magneto is a great choice.

He’s one of the X-men’s greatest adversaries but has been known to be an ally to them when a great need arises. He’s also a close friend of Professor X, who’s the leader of the X-men, though they have very different world views.

The Magneto costume is a red jumpsuit with purple accents. His wrist gauntlets, belt, and boots are purple as well. The jumpsuit comes with an attached purple cape to match.

It also comes with a molded open face mask of red and purple. Another good choice for an X-men costume is Mystique. She first appeared in 1978 and is often seen as a foe of the X-men.

However, in X-men Dark Phoenix, she’s an ally to them. She was once close to Professor X and is his adopted sister. She’s a shapeshifter and has accelerated healing abilities.

The Mystique costume is a skintight blue jumpsuit. It has darker blue dots all over the arms, chest, and legs. The jumpsuit will cover you from your neck to your feet allowing only your face to show.

If you’d like to go as a founding member of the X-men, you can dress up as Cyclops. He has the ability to shoot energy beams from his eyes. He’s unable to control the beams unless he’s wearing special goggles.

He’s often referred to as the first of the X-men. The Cyclops costume is a printed blue jumpsuit with gold accents, though in some costumes these accents appear more brown than gold.

The chest is padded and it has the X-men symbol on the upper left side. The costume comes with a matching blue hood. Attached to the hood are the silver and red goggles that Cyclops has to wear to protect those around him from his energy beams. 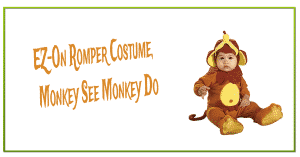